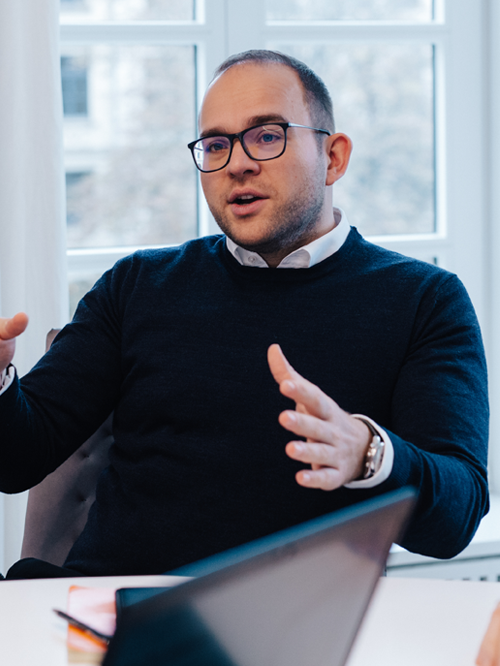 Lukas Bennemann is Partner at ALSTIN CAPITAL and joined for its foundation in April 2016.

Previously, he had many years of experience in the venture capital market with VCDE Venture Partners, an Evergreen fund financed by over 150 well-known entrepreneurs, specializing in software / SaaS, FinTech, BigData, Adtech and mobile investments.

In his role as investment manager, he was responsible for parts of a portfolio of over 25 holdings and has participated in numerous exits, including several international trade sales and IPOs, leading or advising. For some of the portfolio companies, including US and U.K. holdings, Lukas Bennemann acted as board director, supervisory board member or advisory board and was the active representative of VCDE.

In addition, Lukas Bennemann was responsible for the registration of VCDE Venture Partners (as one of the first German VC funds with registration under the EuVECA regulation at BaFin) and as initiator of the event series „GrowthCon“ in Frankfurt with over 500 participants from venture capital and technology industry and geography.

From 2010 to 2012, Lukas Bennemann worked as an investment associate advising large wealthy and family offices at Credit Suisse (Deutschland) AG, where he was already entrusted with investment portfolios. 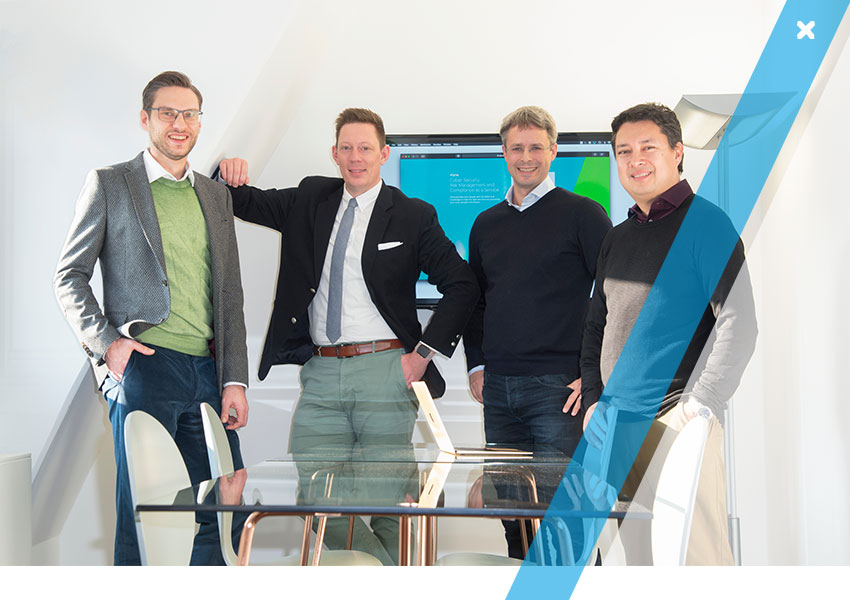 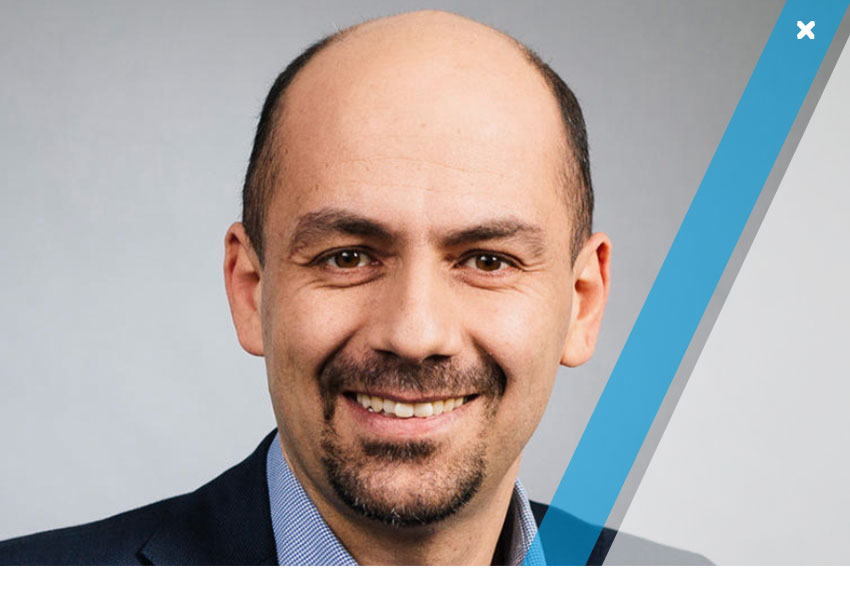 The ExB Group specializes in the production of self-learning software platforms for the processing and analysis of large volumes of unstructured and semi-structured text and image data. The core product Cognitive Workbench is a novel "" AI kit "" and allows innovative applications in e.g. the financial, automotive and healthcare industries. ExB's software solutions are not only web-based and cloud-based (on-premise or as SaaS), but also embedded and applicable to mobile devices. The company was founded in 2000 by the computer linguist and clinical psychologist dr. Ramin Assadollahi founded and won numerous international technology competitions with his technologies. The ExB Group currently has over 60 employees at its sites in Munich (headquarters) and Leipzig.
Website
www.exb.de
Gründer
Dr. Ramin Assadollahi,
Alstin-Partner
Lukas Bennemann 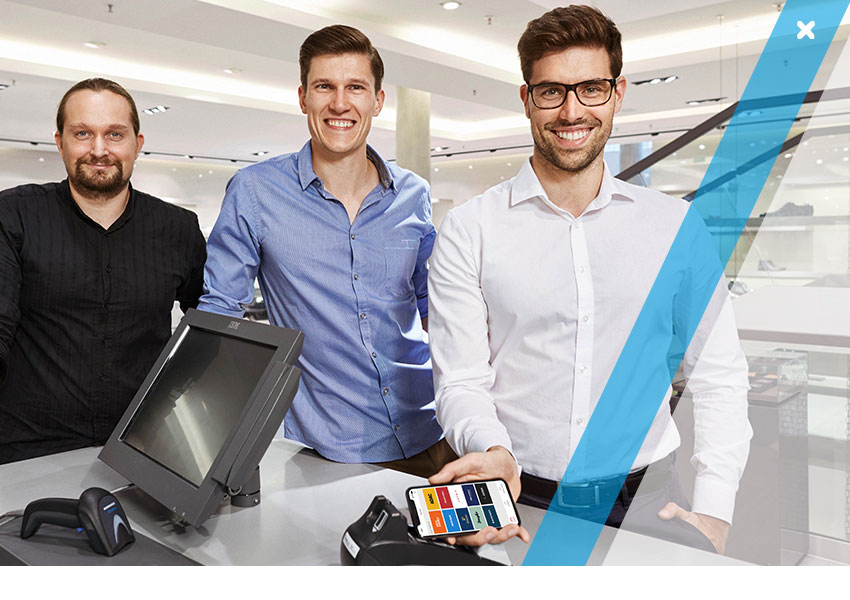 With its app, users can digitize their loyalty cards, making their wallet easier. At the checkout they scan a code on their smartphone instead of the card. In addition, they can view their scores and transaction histories and receive current offers. "In more than 15 countries, we are already among the top 10 shopping apps, in addition to apps from Amazon and Ebay," says Bjoern Goß. The smartphone app Stocard already counts more than 50 million users. But hardly more than ten percent of these originate from the German-speaking world. The majority is distributed to Italy, Australia, France and the Benelux countries. Stocard is also active in the UK and Canada.
Website
www.stocardapp.com
Gründer
David Handlos,
Björn Goss,
Florian Barth,
Alstin-Partner
Lukas Bennemann 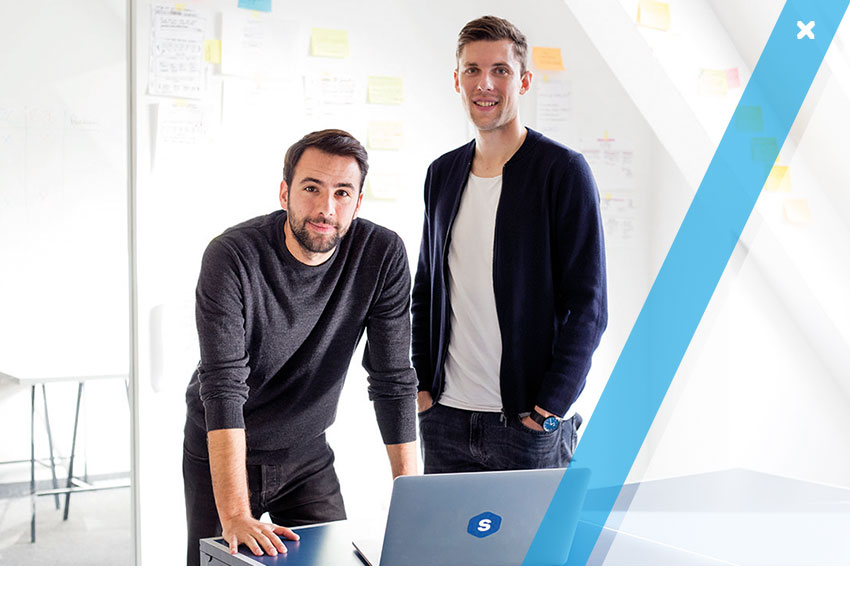 Studydrive - "Life is easier when we help each other" The student platform Studydrive motivates students to support each other in everyday life. Students have the opportunity to share documents, answer questions about their studies or follow campus news. Whether on a laptop or a mobile phone, fellow students in specialist groups and university courses connect daily and use student drives as a learning platform, community and career portal. Via the Studydrive career offer companies can get in touch with the Studydrive users, for example through job advertisements, mailings or advertisements. Studydrive GmbH was founded in 2013 by Philipp Mackeprang and Sven Gasper in Cologne and today has its headquarters in Berlin.
Website
www.studydrive.net
Gründer
Sven Gasper,
Philipp Mackeprang,
Alstin-Partner
Lukas Bennemann 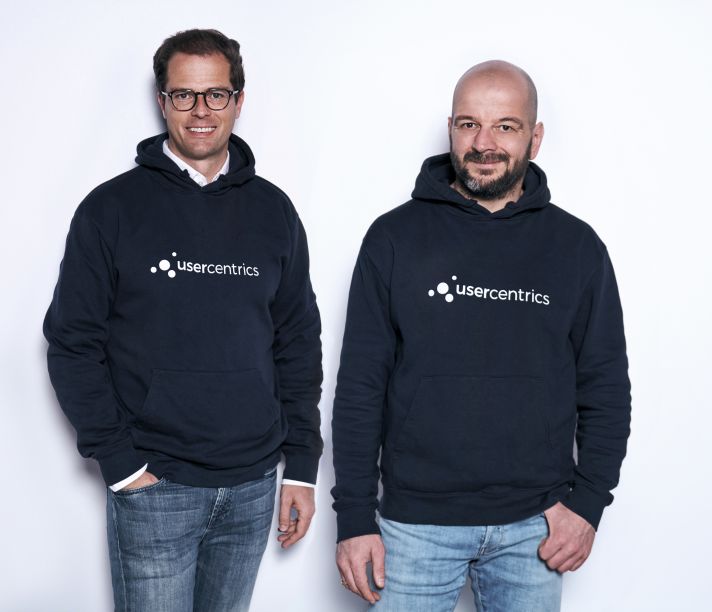 Usercentrics is one of the market leaders in the area of enterprise consent management platforms (CMP). The software-as-a-service solution enables advertisers, publishers, agencies and technology providers to obtain, manage and document consent from their users for data processing purposes in a granular way and in accordance with data protection laws for data tracking through various technologies on the website. Both the technical implementation and the design are 100% customizable.
Website
www.usercentrics.com
Gründer
Mischa Rürup,
Vinzent Ellissen,
Jürgen Weichert, MD
Alstin-Partner
Lukas Bennemann 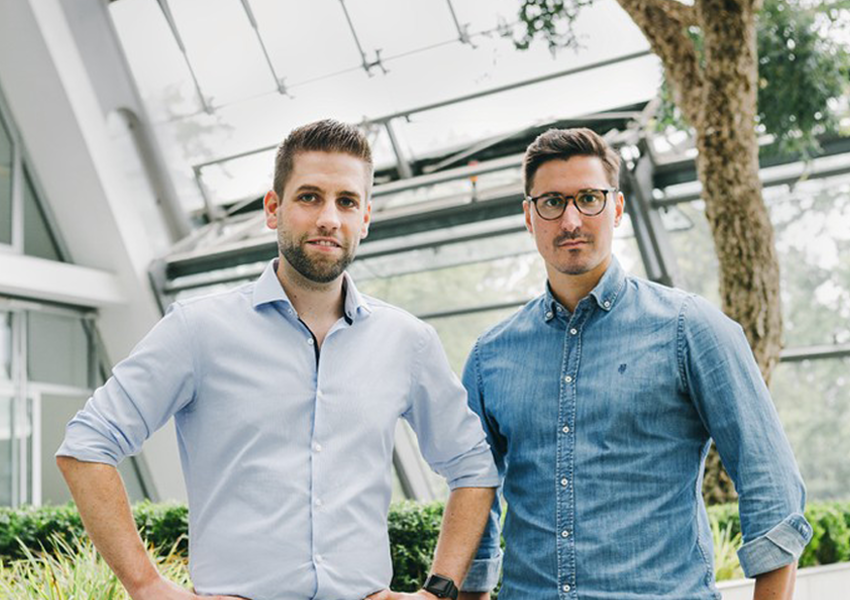 NECT GmbH, based in Hamburg, develops the future of digital identity. The software solution is based on artificial intelligence. The focus is on user-friendliness and cost efficiency. It is particularly relevant for regulated companies that are subject to high legal requirements when collecting customer data. Whether opening an account, granting a loan or registering in the customer portal, the customer can complete the transaction quickly and easily because intuitive user guidance via smartphone lowers the entry threshold and thus increases conversion. Another advantage: the service is available around the clock - without webcam chats and service staff. The NECT technology is based on innovative biometric algorithms and artificial intelligence, has won several awards and is patent pending. It is based on international legislation and excludes human error in identification. In addition to remote identification, NECT offers e-signature and strong customer authentication (SCA). Satisfied customers are strong brands such as R+V Versicherungen, HUK Coburg or Nürnberger Versicherung.
Website
Gründer
Benny Jürgens, Founder & CEO
Carlo Ulbrich, Founder & CSO
Alstin-Partner
Lukas Bennemann

Klarna was founded in 2005 in Stockholm, Sweden with the aim of making it easier for people to shop online. In the last 15 years, technology has evolved, excited and transformed the world around us, yet our mission remains as relevant as ever, to make paying as simple, safe and above all, smoooth as possible.

Klarna is the leading global payments and shopping service, providing smarter and more flexible shopping and purchase experiences to 90 million active consumers across more than 250,000 merchants in 17 countries. Klarna offers direct payments, pay after delivery options and instalment plans in a smooth one-click purchase experience that lets consumers pay when and how they prefer to.

When the company acquired SOFORT in 2014 the Klarna Group was formed. Klarna is backed by investors such as Sequoia Capital, Silver Lake, Bestseller Group, Dragoneer, Permira, Visa, Ant Group and Atomico.